Session 1: The South China Sea in a shifting global landscape 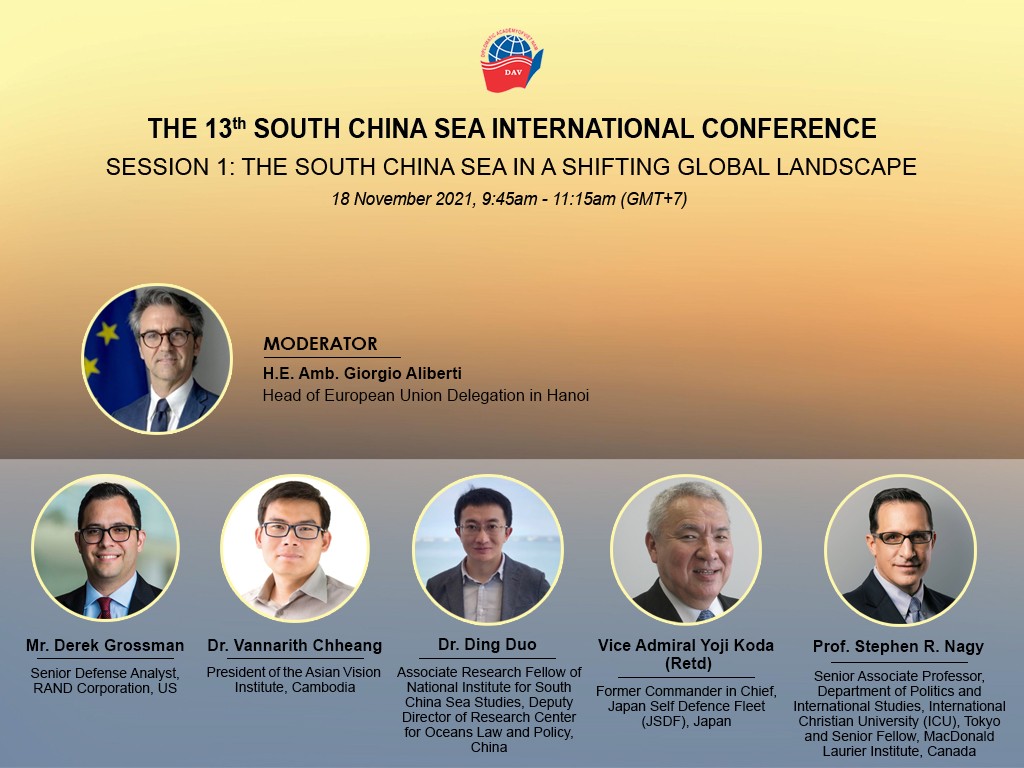 This session will look back at developments in the South China Sea over the past year(s) to further understand why various stakeholders act the ways they do? Why the more interest there is on peace, stability and order in the sea, the greater erosion of trust there seems to be? Why common interests have not led to greater, more effective cooperation and lessen tensions?

Session 2: Thirty years after the Cold War: Is another brewing and How to prevent one from breaking out into conflicts 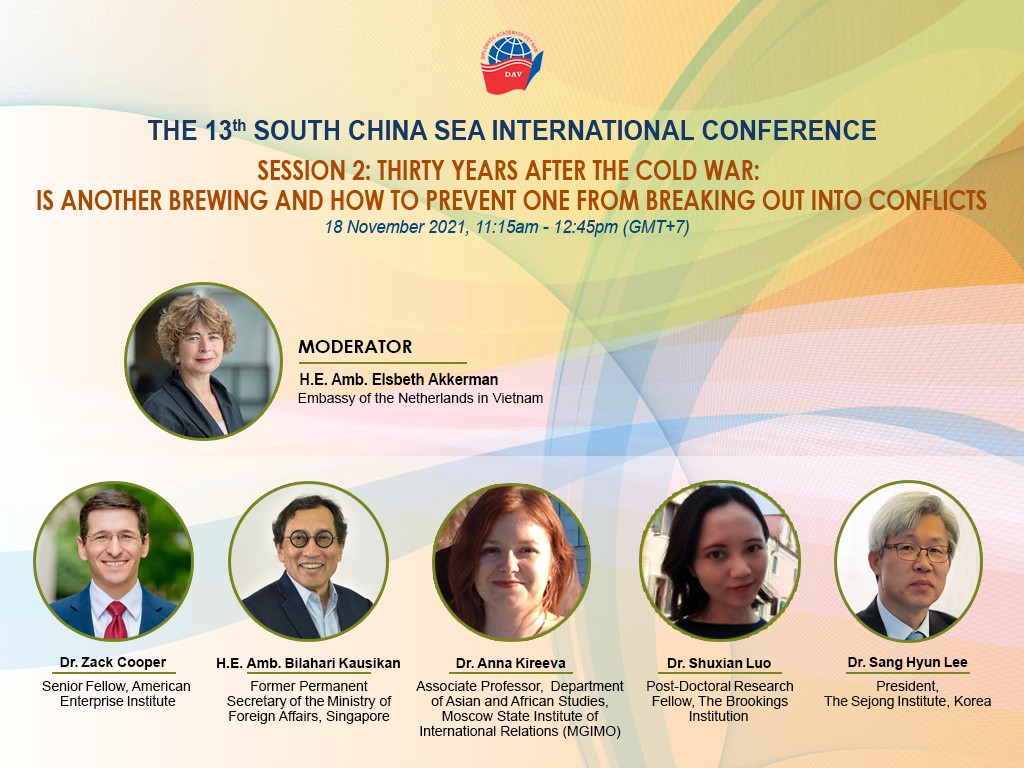 This session would not delve into the conceptual debate on what a cold war is and is not. Rather, the session would look back at the lessons learnt among both the major and minor powers of the last cold war to see what can be done to establish decent code of conduct among all, avoiding miscalculations and manage incidence so that conflicts could be avoided at all costs. The roles of the major powers, middle powers, autonomy and alliances, multilateral organisations and strategic communications etc. would be revisited.

Session 3: Cementing the legal order in the South China Sea: assessment of the past 5 years 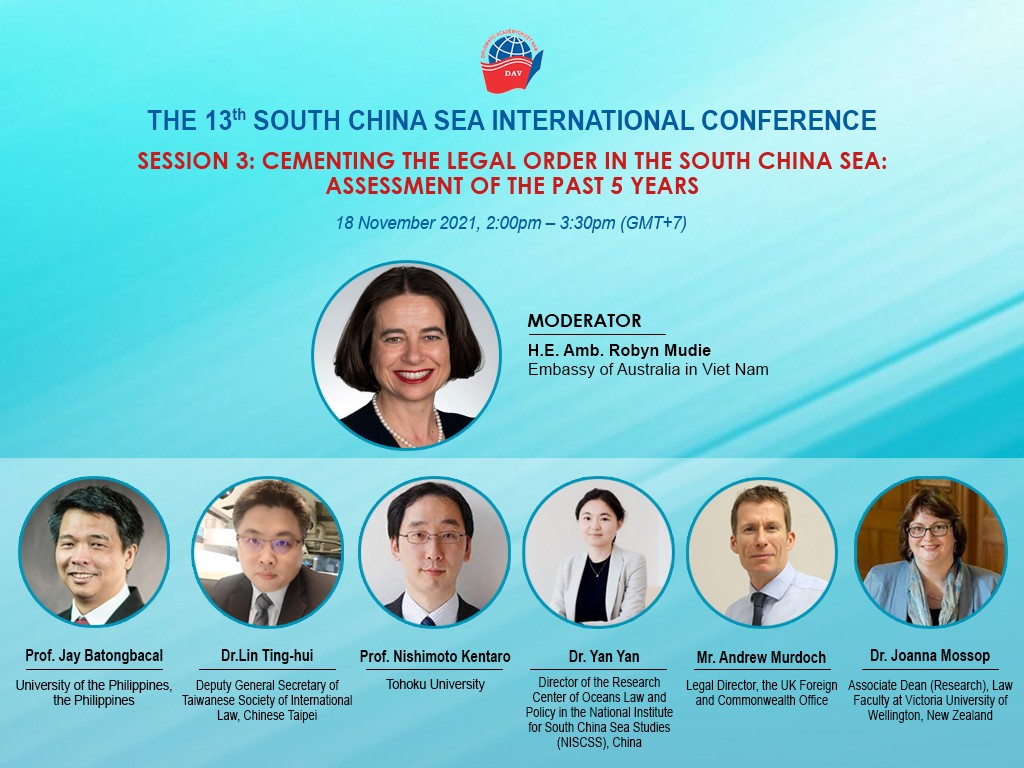 It is widely recognized that UNCLOS sets out the legal framework within which all activities in the oceans and seas must be carried out. The 2016 South China Sea Arbitration Award, a decision of an international judicial body, provides a reference point for interpreting and applying relevant UNCLOS provisions, aside from its direct implications on parties to the dispute.

Session 3 will examine how legal order has been manifested in the South China Sea over the past 5 years. The discussion includes an analysis on (i) where state practices have developed to either deviate from or endorse the constitutional role of UNCLOS and (ii) how the legal order at sea would continue to evolve.

Session 4: Be fair to the facts: History and the South China Sea 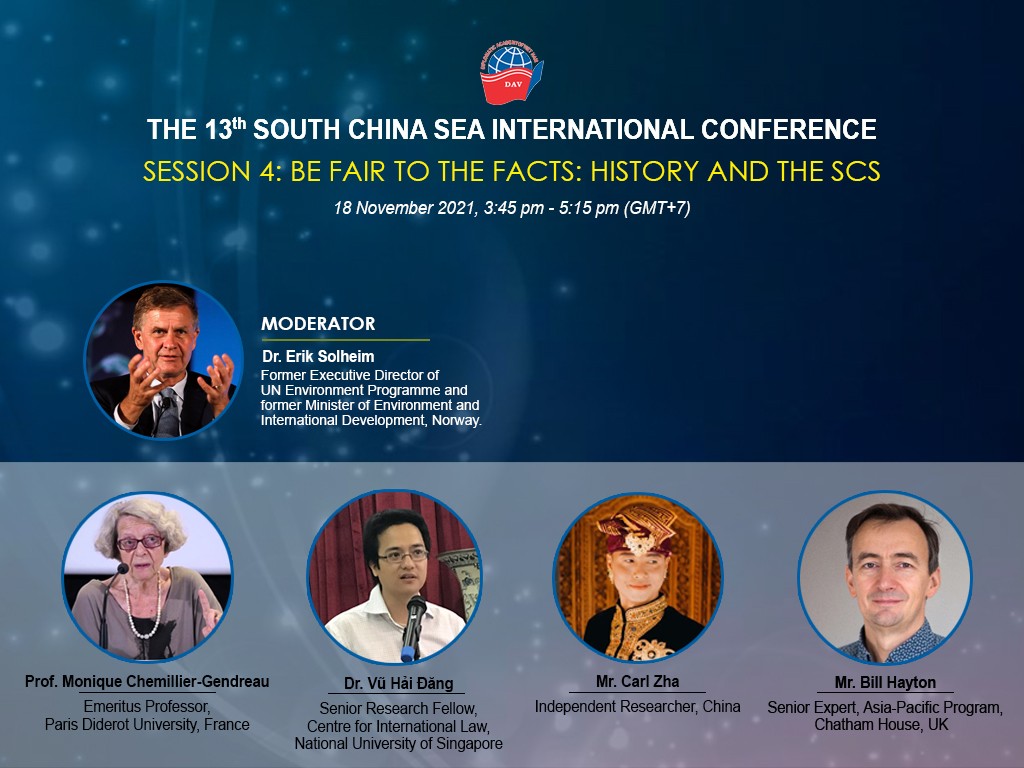 History is important in any territorial disputes, but is oftentimes interpreted in different ways to suit different interests. This session shall revisit the history of the South China Sea with the view to exploring new research findings and clarifying certain facts, especially during the turbulent times after the Second World War and during the Cold war. Looking back on the Treaty of San Francisco at its 70th anniversary, for example, could be useful to understand the SCS’s history at a critical moment.

Session 5: ASEAN and the QUAD in the regional architecture 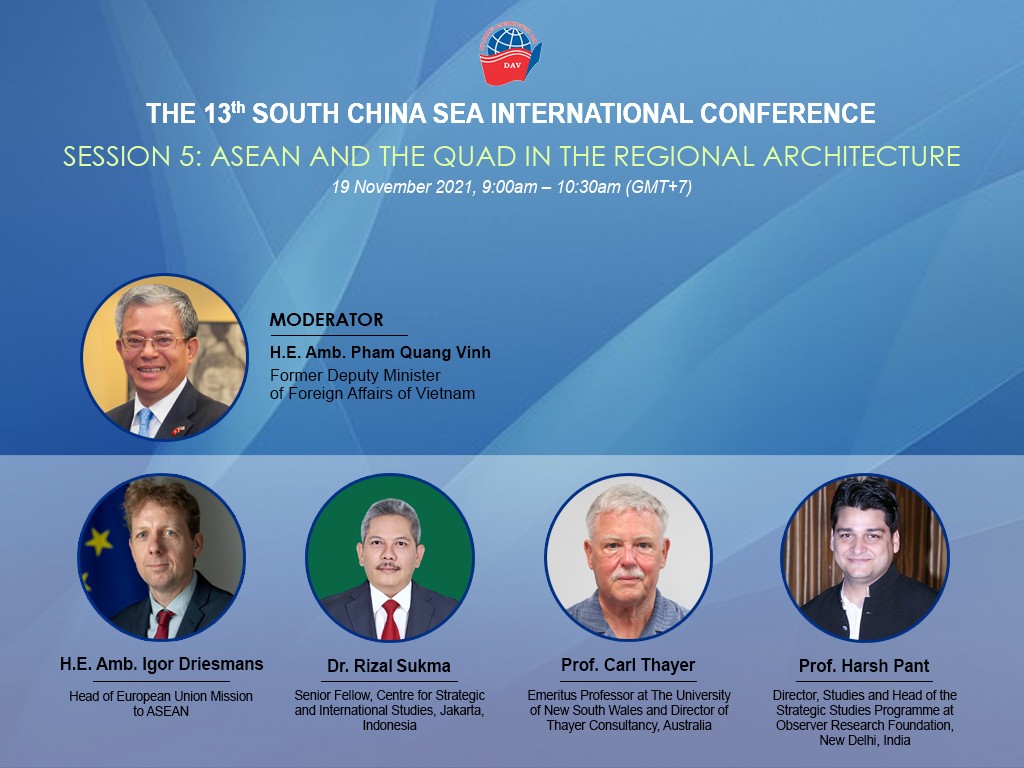 This session would look into the future of the regional security architecture to analyze how ASEAN and the emerging QUAD would compete or complement one another. The purpose of the discussion is to find out how ASEAN could and should strengthen its Centrality amid emerging issues affecting Southeast Asia’s security and stability, both due to traditional and non-traditional threats, as well as new emerging arrangements to deal with such threats. Supply chain disruptions threaten worldwide economic recovery efforts. In the Indo-Pacific, supply chain resilience depends greatly on stable, secure and uninterrupted sea-lanes of communication. This session will explore how factors such as infrastructure connectivity, port security cooperation, etc., might contribute to regional seaborn supply chain resilience, identify potential red flags in the management of maritime supply chain operations, and discuss ways to enhance the safety and stability of sea based logistical networks so as to ensure the Indo-Pacific region remain on a path to steady and sustainable growth in pandemic-troubled times.

Scientific research has long been identified as an area of common interest and most ready for cooperation to promote confidence as well as for the immediate benefit of the coastal states and beyond. This session would explore recent progress in science diplomacy and maritime cooperation, and the new opportunity brought out by rapid science and technological advancement to address environmental, humanity and economic development challenges, as well as non-traditional maritime threats. 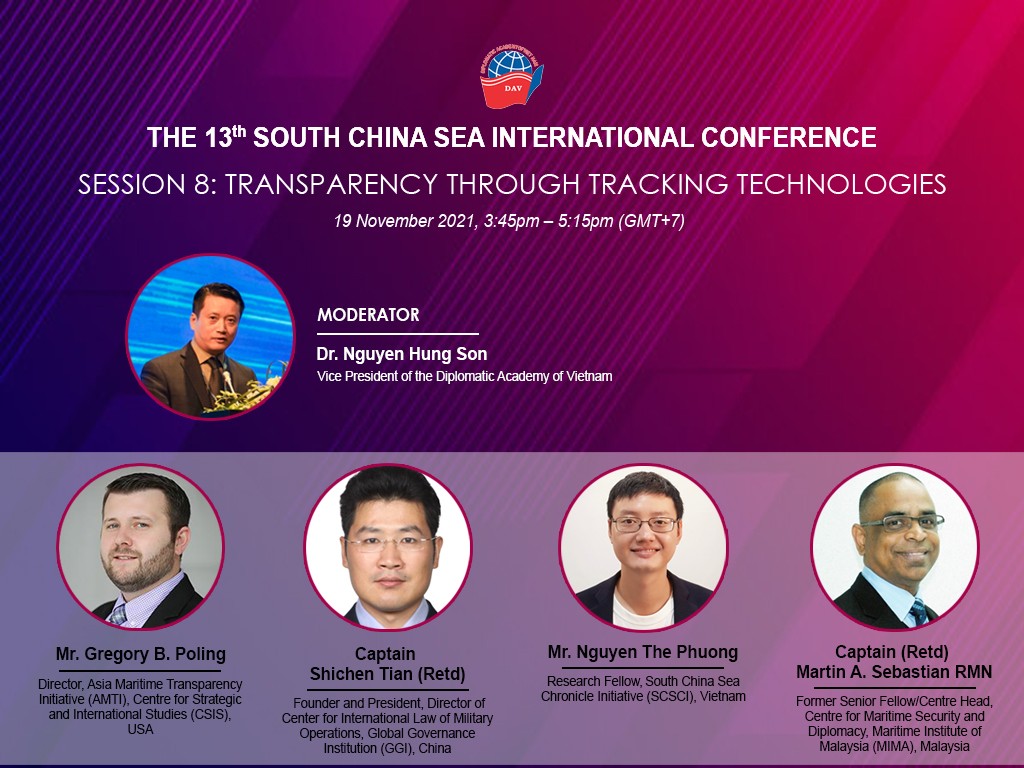 The past few years saw rapid advancement and popularization of sophisticated tracking and remote sensing technologies, opening new frontiers in maritime domain and situational awareness, particularly in the South China Sea. The unprecedented level of transparency that technology brought clearly had huge impact on public understanding and opinion, on accountability of involved stakeholders both at policy level and those operating “on the ground”. This session will discuss how the new information could and should be wisely utilized to avoid misinformation and disinformation.